by Harriet Rowan — August 21, 2013 – 7:07am  Share thisThe American Legislative Exchange Council (ALEC) had its 40th anniversary meeting in Chicago, Illinois, at the posh Palmer House (a Hilton Hotel) from August 7-9. ALEC claims that 1,200 people attended its meeting this year; the conventioneers included state legislators, corporate lobbyists, and right-wing operatives. ALEC was greeted by more than twice as many protestors, who came out to speak out against ALEC’s regressive policies. Whether they came to protest ALEC’s wage suppression agenda or its bills to voucherize public education or ALEC’s deadly legacy of “Stand Your Ground” gun laws, protesters carried the message “Stand Up to ALEC.”Here are some of the best images from ALEC’s annual meeting, which may not make the official ALEC photo album. 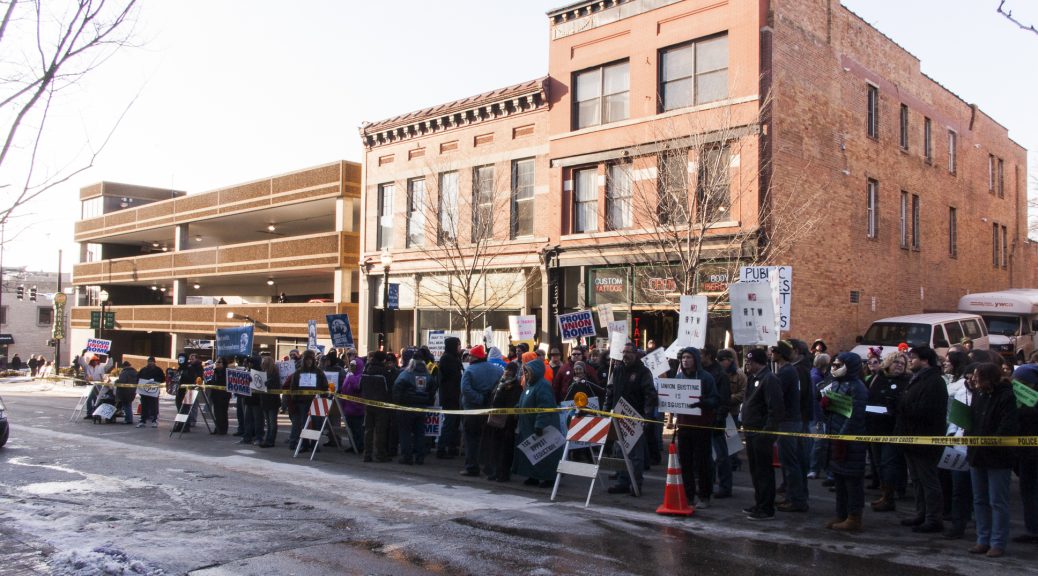 Fox Valley Citizens for Peace & Justice will rally in opposition to a US military strike against Syria on Thursday, September 12th from 4:30 PM till 5:30 PM in front of the new Walmart at 1100 S. Randall Road in Elgin. That’s a block South of Bowes Road on the West side of Randall.

We chose that site for maximum visibility and that time for the maximum flow of traffic along Randall.

Please let us know if you are coming by sending an email to marysedrop@att.net. We want to know that we will have at least the minimum number of people necessary to make a credible statement of opposition. read more