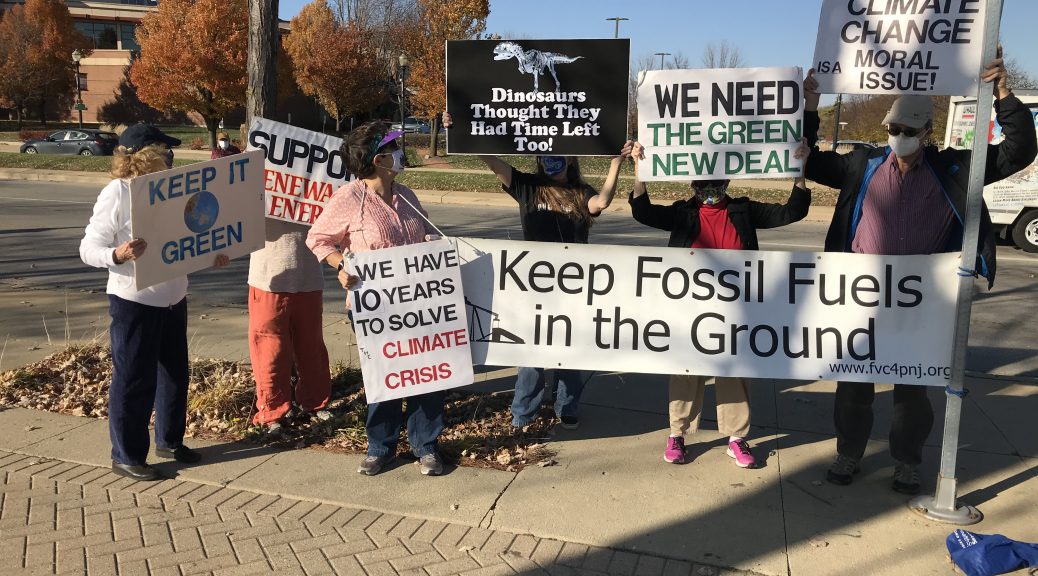 Fox Valley Citizens for Peace and Justice opposes any new fossil fuel infrastructure or fossil fuel expansion.  We especially oppose new  oil pipelines or the expansion of the volume of oil transported through existing oil pipelines.  In particular, we oppose  Enbridge’s Line 3 in Minnesota,   which already brings tar sands oil down from Canada, through Wisconsin and Illinois  to refineries in Patoka, Illinois, and ultimately to the Gulf Coast.

Enbridge wants to replace  it’s existing Line 3 in Minnesota.  If they succeed in getting the permits to do that, they will certainly expand the operation of their Line 66 in Wisconsin. And then they will almost certainly want to expand their existing Line 61 in Illinois, by building a “twin” to Line 61 or by simply increasing the volume of oil they transport through  Line 61.    Every step along the way, these changes would increase the risk of leaks and spills of tar sands oil, the dirtiest, most polluting form of petroleum on the planet.  And every step along the way, they would  make the climate crisis more catastrophic than it already is.

We oppose the Dakota Access Pipeline (DAPL)  expansion in Illinois.  The Illinois Commerce Commission recently voted to give DAPL the right to expand the volume of oil they transport through their pipeline in Illinois.  Our friends in Save Our Illinois Land (SOIL) plan to appeal that disastrous decision.