FVC4PNJ member Vince Hardt is a reporter for Berning Media. 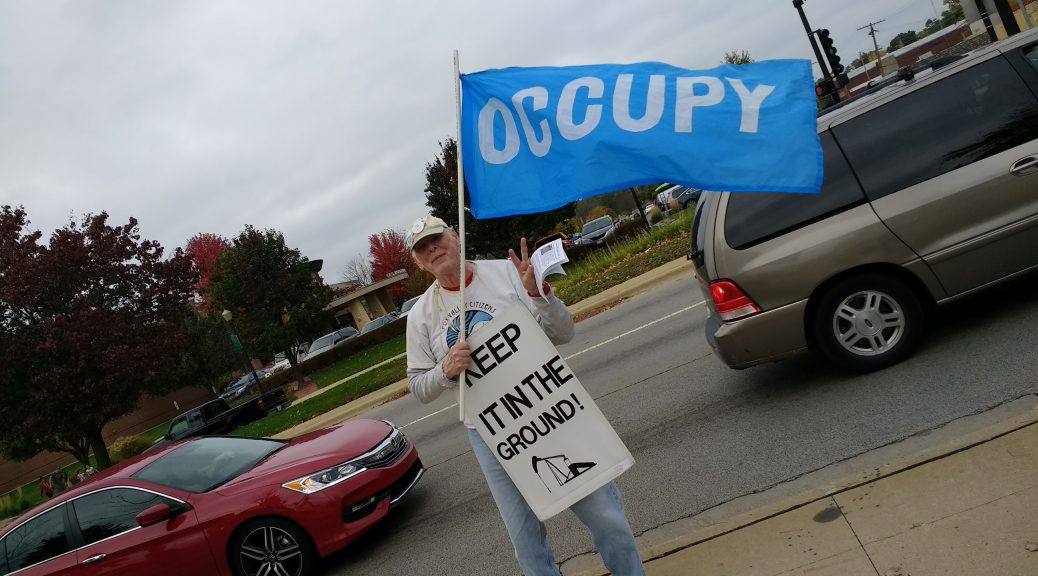 Occupy Elgin will  gather from 1:00 PM till 2:00 PM at the corner of Kimball Street and Grove Avenue in Elgin on Saturday, October 22nd, 2016.  Our message will be a call to make the Climate Crisis an Election Issue.

Below is the text of the flyer we will distribute. Click on the links for documentation and background.
Humans now face the most serious threat we have ever faced.  Climate Change could destroy civilization as we know it. Hurricanes, floods, droughts, and wildfires will increase in intensity and frequency.Species we depend on will go extinct.  Famine , wars, and human migration will increase as people flee for their lives. Just surviving will get quite expensive.
The US Defense Department says that Climate Change is a top threat to national security, a bigger threat than terrorism.
It may already be too late to stop a climate catastrophe.  But if we act immediately and drastically, we could possibly avoid the worst outcomes.
Yet climate is barely mentioned in this campaign season, at the presidential level or even in races for Congress and the Senate.  The candidates, the major political parties, and the media refer to it only briefly and casually.
That’s because the fossil fuel industry and the banks and hedge funds invested in them are  making billions of dollars extracting fossil fuels from the earth.  They don’t want to stop raking in those profits yet. read more