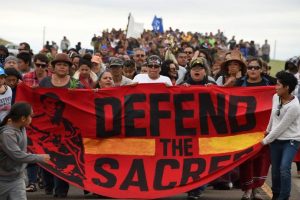 Occupy Elgin will gather on Saturday, October 29th from noon until 2 PM at the corner of Kimball Street and Grove Avenue in Elgin.  Our message will be  We Stand in Solidarity with Standing Rock Sioux! 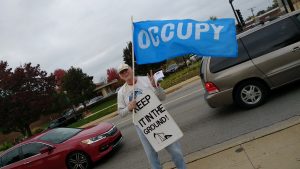 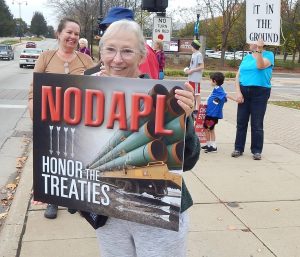 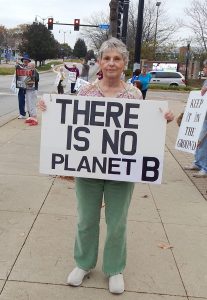 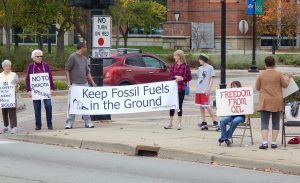 Below is the text of the flyer we will be distributing.

We stand in solidarity with Standing Rock Sioux in their protest against The Dakota Access Pipeline (DAPL)
which is a $3.78 billion conduit being built from the oil-rich Bakken fields in North Dakota through South Dakota and Iowa, to Patoka, Illinois, where it will join up with existing pipelines to transport up to 570,000 barrels a day of crude oil to refineries and markets in the Gulf and on the East Coast. The Army Corps of Engineers approved the project in July, allowing it to run under the Missouri river.

The Threat
The pipeline is being built near the Standing Rock Sioux Reservation near Cannon Ball, North Dakota. The tribe says the pipeline disturbs sacred sites, infringes on past treaty promises and tribal sovereignty, and is a significant danger to their water supply since it passes underneath the Missouri River — the main source of water for the reservation, (and for millions of other people.) Spills and leaks do happen. It is probably not a matter of if but when.

The Protests
The Sioux began protesting last January, established a campground near the construction site, and by now have been joined in protest by Native Americans of multiple other tribes and many hundreds of allies from across. Recently, there has been a harsh crackdown against the protesters and mass arrests. The pipeline company seems determined to move ahead with construction despite the lack of a meaningful Environmental Impact Study or public hearings, and despite an outcry of protest from religious leaders, environmentalists, and many scientists. Confrontation appears imminent.

We support the rights of Native American Tribes,
especially in the light of our long history in which the US broke treaties with Native Tribes, repeatedly pushed them off their lands, and ultimately pursued genocide toward them.

We also oppose the pipeline because, in addition to the likelihood of disastrous leaks and spills, the oil when burned generates massive amounts of greenhouse gases which contribute to climate change. Let’s keep fossil fuels in the ground.

In this struggle the Native Tribes are standing up against not only the most wealthy and powerful industry that has ever existed on this planet, but also the major banks, hedge funds and financial interests which back the fossil fuel industry and profit enormously from it. They are fighting on our behalf as well as their own. Their courage and persistence in this fight inspires us.

Please call President Obama at 202-456-1111, and tell him to permanently stop the Dakota Access Pipeline.
Tell him also to end NWP 12, the cynical policy, which circumvents meaningful environmental review while it expedites the permitting process, by dividing huge projects up into small segments and considering them in isolation. 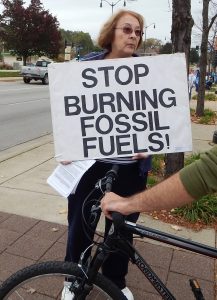 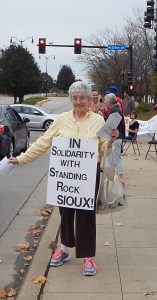 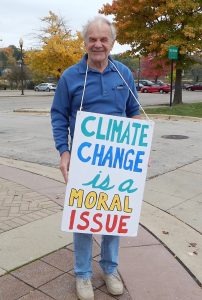 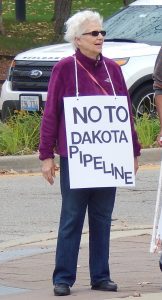 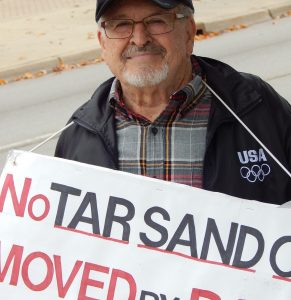 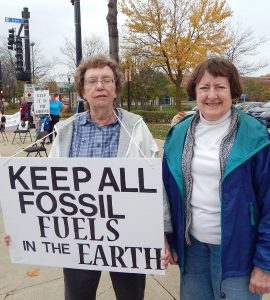