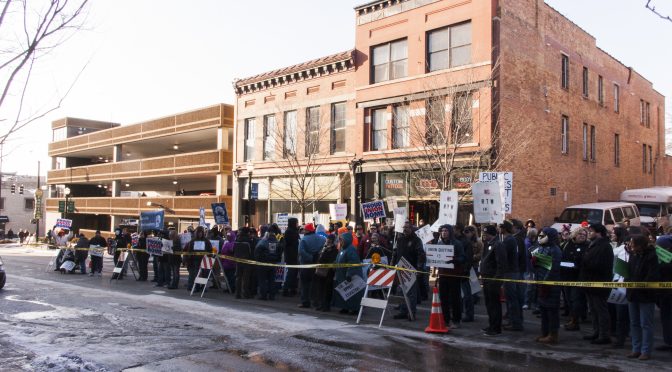 Fox Valley Citizens for Peace and Justice strives to promote a culture of peace, a stronger democracy, a healthy environment, and social and economic justice through education, dialogue, and action. We believe growing global corporate domination is the main obstacle to achieving these goals

Principles of Fox Valley Citizens for Peace and Justice